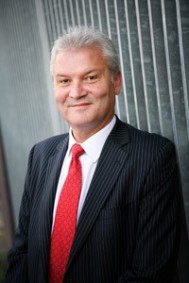 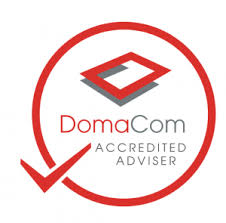 An application to the DomaCom Fund can only be facilitated via a licensed DomaCom-accredited financial adviser who has successfully completed the DomaCom’s Adviser Accreditation Program.

Call to Action:
I invite to to become one of the first financial services professionals to participate in the DomaCom Accreditation delivered by Mentor Education Group.

The Fractional Property Investment (FPI) market represents a significant opportunity for properly trained professionals to extend their client reach and assist investors to acquire an asset allocation to a property of their choice.

The DomaCom Accreditation program is mapped to industry-based Continuing Professional Development policies so that your DomaCom Accreditation will be recognised as providing the key skills required to provide advice to clients considering Fractionalised Property Investment (“FPI”) strategies.

DomaCom is committed to the process of ensuring that advisers are well placed to provide FPI strategies assist their clients to make informed decisions. The program attracts 1.5 hours Continuing Professional Development

Participation in the DomaCom Accreditation Program will assist advisers to develop a successful FPI practice through a better understanding of:

Household Capital, an independent, specialist retirement funding provider, has announced it has entered the Australian retirement sector with an innovative loan product that allows retirees to use equity in the family home to fund retirement expenses, enhance income or provide financial support to their children and other family members.

Household Capital provides Australian home owners access to additional retirement funds by using a low interest rate loan to transfer a portion of the value of their homes into their superannuation fund or an investment account.  Those who access the loan have guaranteed lifelong occupancy of their home and never have to repay more than the value of their home.

The Household Loan is designed to meet the needs of Australian retirees by allowing them to balance their savings, continue to grow their assets during retirement, and harvest a sustainable income from their investments.

Joshua Funder, Chief Executive Officer of Household Capital, said Australians were living longer but many did not have enough super savings to provide sufficient income throughout retirement.

“Retirees want to stay at home, but many are struggling to make ends meet as they age,” Mr Funder said. “Our goal is to deliver a values-based service to help Australian retirees Live Well At Home.

“We combine a retiree’s home equity, superannuation and aged pension to provide adequate, reliable, lifelong retirement funding while the retiree continues to live at home.

There is currently over $900 billion in untapped home equity owned by Australian retirees, with approximately 80% of retirees owning their own home.

Yet the average retiree’s super balance lasts only 10-15 years into retirement, leaving many Australians living on inadequate income or reliant on the age pension in their final years.

The Household Loan allows retirees to access their home equity to:

Household Capital does not pay commission or trailing commission to brokers and there are no ‘break costs’ or hidden fees. Instead, Household Capital’s financial services are delivered alongside superannuation funds or financial advisers to fit each retiree’s specific needs.

Household Capital receives an establishment fee to cover the costs of putting the loan in place and interest is charged on the capital drawn from a person’s home. The final amount is paid when the person leaves the home and the house is sold.

Mr Funder said Household Capital’s proposition appealed to a broad range of home owners because it was suitable for all stages of retirement.

“Household Capital’s loan is suitable for people approaching retirement who have a low superannuation balance that needs a boost,” Mr Funder said.  “It also works for those people in mid-retirement who may have depleted their superannuation and need more income, as well as those retirees who may need funding for the transition to supported care.”

Nick Sherry, Household Capital Chair and former Federal Minister for Superannuation, said governments around the world were struggling with the dilemma of ageing populations and smaller workforces – at a time when the costs of healthcare, aged care and pensions are increasing.

With Australia’s median household superannuation balance at retirement currently around $200,000 and the median value of home ownership at retirement $700,000 – Household Capital’s offering potentially releases billions of dollars into the economy to meet the real needs of retirees and their families, Mr Sherry said.

“For many Australians, ageing in the home you’ve been living in helps maintain family and community networks and use of local services,” Mr Sherry said.

“Selling the family home can result in loss of entitlement to the aged pension and the cost of buying and moving to a new home can mean significant loss of capital.

“We want to make a significant positive impact on the wellbeing of retired Australians. The substantial savings held by Australians in their family homes is a largely untapped resource that can be better utilised to help retirees live well at home.”

The ASX-listed investment platform has released a first of its kind senior equity release product for Australia, targeting financial advisers working with clients over 60.

DomaCom’s senior equity release product launched this week with an accreditation course that will enable advisers to provide sign-off to seniors over the age of 60 who are looking for an equity release on their home.

It is the first equity release to be issued as a financial product in Australia. All other equity release products are structured as either credit or real estate products.

DomaCom said the traditional structuring of these products excludes financial advisers who do not hold the appropriate credit or real estate license required to use those products.

DomaCom chief executive Arthur Naoumidis said: “Senior Equity Release is the first financial product in this space that will give financial advisers a significant place at the table in a growing and vulnerable sector that in many cases is asset rich and cash poor. Hence accreditation is crucial and the first group of advisers will be going through that over the next few days.”

DomaCom said it took six and a half years for the company to secure the necessary reliefs from ASIC to launch the product.

The product has undergone substantial review from the regulator, as well as consumer testing.

The senior equity release will mean advisers can connect aged clients with wealth accumulation clients such as SMSFs – who may have a similar time horizon in terms of their respective needs.

Seniors can apply to sell a fraction of their home with this product and must nominate the amount they then wish to receive as a lump sum or monthly payment.

DomaCom said by receiving a monthly payment through this product seniors will have flexibility to dial up or down the payments as additional funds are required.

When the property is sold in full the vendor and investors receive their share of the sale price.

Investors have the option to sell their units via DomaCom’s online liquidity facility which has buy/sell order screens.

What are Reverse Mortgages?

A reverse mortgage is a loan secured by a homeowner who is 60 or older, that enables him to convert his home equity into cash by borrowing against the value of their home. The borrower can receive the funds in the form of lump sum amount/fixed monthly payment/ line of credit. However, the reverse mortgage does not require monthly mortgage payments like the traditional mortgage. Also, the ownership of the home remains with the borrower with a reverse mortgage.

After obtaining a reverse mortgage, the borrowers must pay taxes and insurance on the property and keep the home in good repair. The home equity built up by the elders can be accessed with reverse mortgage, and the entire loan balance is payable when they sell, die or move out of the home.

The following are the primary features of reverse mortgages:

The ASIC (Australian Securities and Investments Commission) began with a review of lending for reverse mortgages in mid-2017. The review was focussed on the reverse mortgage lending from 2013–17 under which the regulator commissioned in-depth interviews with 30 borrowers. The review report mentioned that the demand for equity release products would be affected by the growing population of older Australians.

The following are the key highlights of the ASIC’s review:

Concerns Raised by ASIC in Review

The ASIC raised following concerns over the health of Australia’s reverse mortgage program in the review:

The Australian Securities and Investments Commission warned the Commonwealth Bank of Australia (ASX: CBA), Heartland Group Holdings Limited (ASX: HGH) and Bankwest over reverse mortgages in August 2018. The regulator called for scrutiny of the stigmatised reverse mortgage product as ASIC found that the lenders primarily focussed on the borrower’s short-term objectives.

By 2006, there were more than twenty banks, non-bank lenders and credit unions that offered reverse mortgage loans in Australia. However, many of these institutions stopped offering new reverse mortgages between 2008 and 2010 due to the global financial crisis. The reverse mortgage market showed some signs of recovery in 2014.

But, the Westpac Banking Corporation (ASX: WBC) and Macquarie Group Limited (ASX: MQG) withdrew from the reverse mortgage market in late 2017 due to the growing demand for reverse mortgage loans in Australia owing to costs and regulation pressures.

Why Did Banks Walkout of Reverse Mortgages Market?

Also, the reverse mortgages are expensive for lenders as the borrowers need not make any repayments, and the interest rates get compounded. With a perception of higher interest rates and higher fees, the banks decided to withdraw from the market.

The Heartland Group Holdings Limited (ASX: HGH) headquartered in New Zealand, provides banking services through its subsidiaries. The company’s reverse mortgage loan is designed for the needs of seniors. A Heartland Reverse Mortgage enable borrowers to get access to the finances required to make their life more comfortable, easier and enjoyable in retirement. The company’s current Standard Reverse Mortgage interest rate is 6.54 per cent, and it could change from time to time due to the variations in the funding market and economy.

As the interest rates in Australia are at the record low levels of 1.25 per cent and are still expected to drop further, the reverse mortgages option is becoming popular among the retirees. The reverse mortgage provides regular cash payments and enable retirees to borrow at a cheaper rate compared to other traditional mortgage options. The retirees are thus considering it as an alternative to generate income without taking big risks. It has become a more attractive option as it is cheaper and more flexible than commercial options. Also, it is becoming popular as many Australians have built up large reserves of home equity in spite of recent price falls.

This website is a service of Kalkine Media Pty. Ltd. A.C.N. 629 651 672. The website has been prepared for informational purposes only and is not intended to be used as a complete source of information on any particular company. Kalkine Media does not in any way endorse or recommend individuals, products or services that may be discussed on this site. Our publications are NOT a solicitation or recommendation to buy, sell or hold. We are neither licensed nor qualified to provide investment advice.

The Treasury has today appointed an Industry Reference Council to guide the development of financial products that may suit Asset Rich but Cash Poor retirees.